A sunset steam train ride from Kloof to Inchanga in late December 2017 marked the inauguration of the Saunter, an exciting town and country meander through the best of the best in arts and crafts between Durban and Hilton.

The network encompasses five routes with areas of the Upper Highway falling into Saunters two, three and four. More than 130 members include a host of acclaimed artists and crafters – testimony to the depth of talent in
our region. “Some are more famous internationally than in South Africa,” says Project Director, Cheryl Lefevre of the Gillitt Foundation, the NPO that’s hosting the project.

Browsing through the list of Upper Highway members, you’ll encounter renowned sculptors and artists, including Carl Roberts, Helena Vogelzang, Peter Wink, Tony de Freitas, Nicky Chovuchovu and Johnny de Beer, along with many previously hidden talents waiting to be discovered. Visitors can make an appointment to meet them all in their studios and see them at work.

The creative arts aside, the Saunter also focuses on artisan foods. Here too, top quality and local are keywords and, in most cases, visitors will be able to go to the producer’s kitchen. A wide range of indoor and outdoor leisure activities – such as sporting events, museums, bike and walking trails – are also listed. 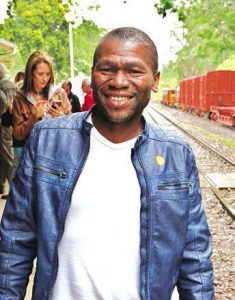 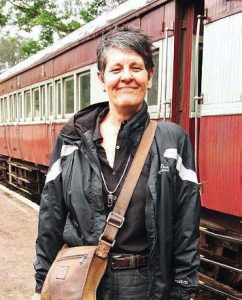 Launched formally online on January 15, the Saunter exists to support local talent, boost business, and showcase the extraordinary people and amenities that contribute to making our region such a special one. “We want to enrich family life,” Cheryl says, adding that, in line with the charitable objective of the Gillitts Foundation, profits will go toward improving education in KwaNyuswa and supporting rhino conservation in the province.

It’s early days, but already feedback from members is positive. As someone remarked to Cheryl, “Why hasn’t this been done before?”

Detailed information about the five routes and members is available at www.thesaunter.co.za and hard copies of the map will be available before Easter at tourist centres and member venues marked with the Saunter logo (the iconic vervet monkey).