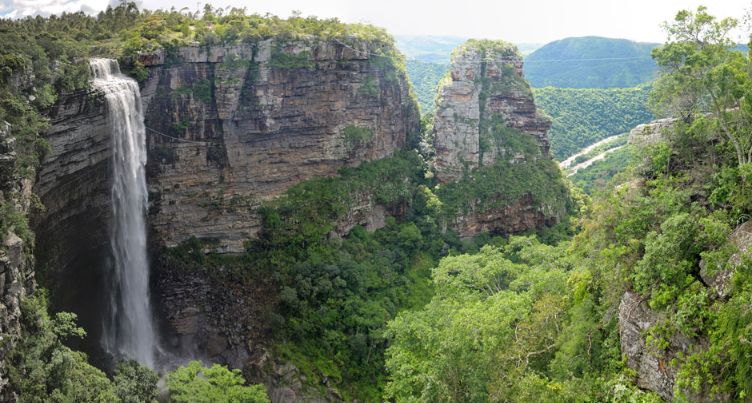 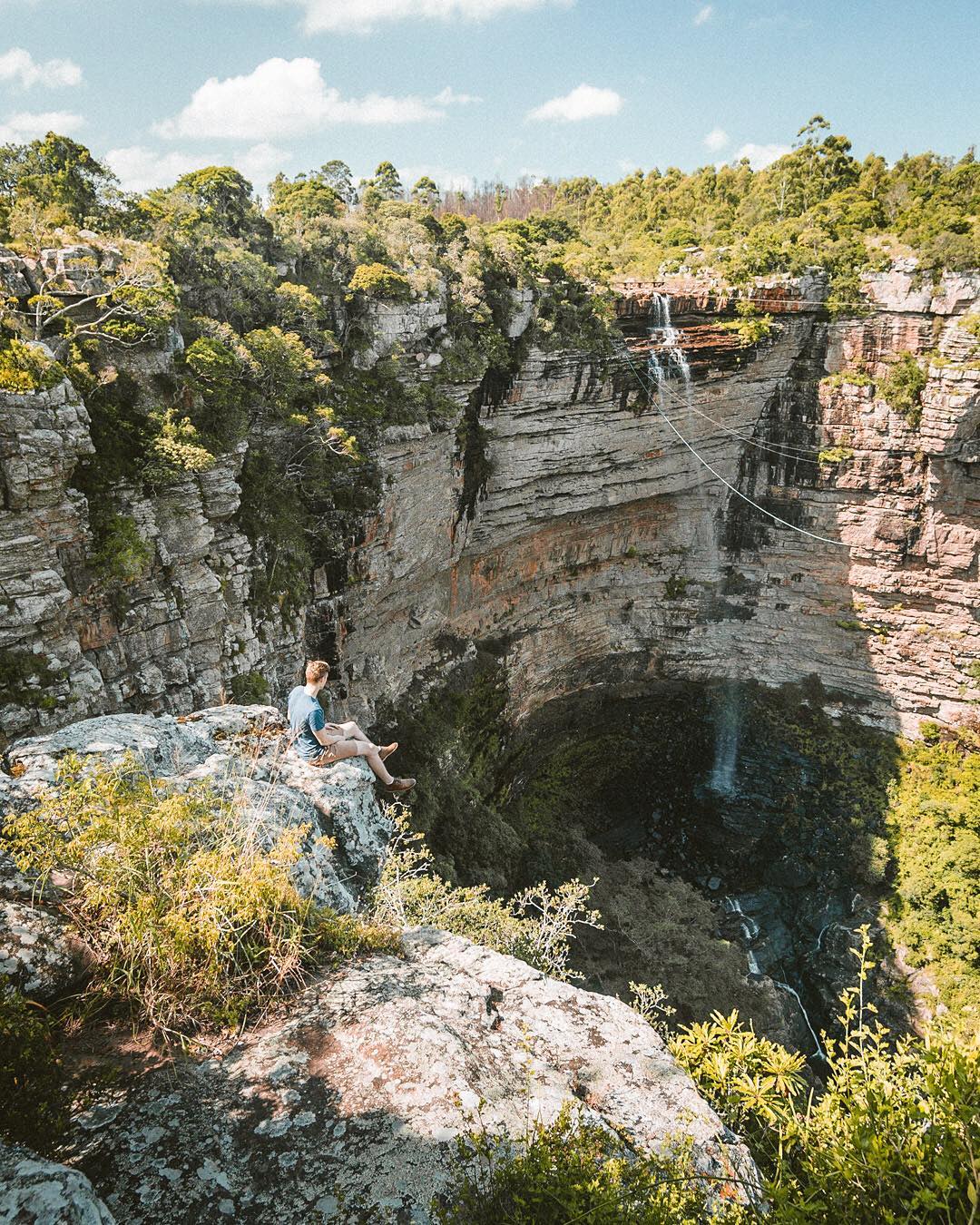 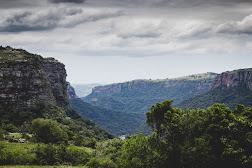 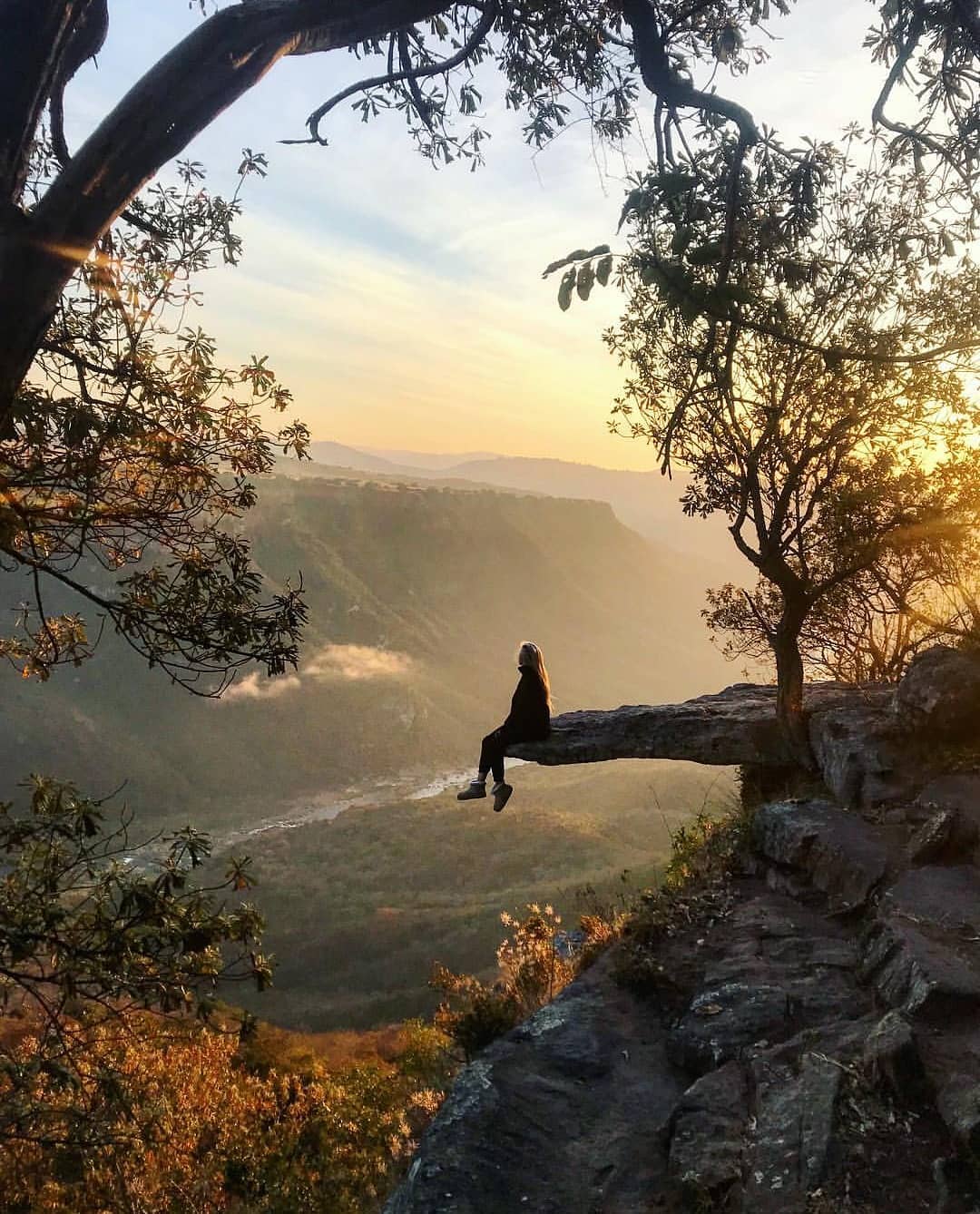 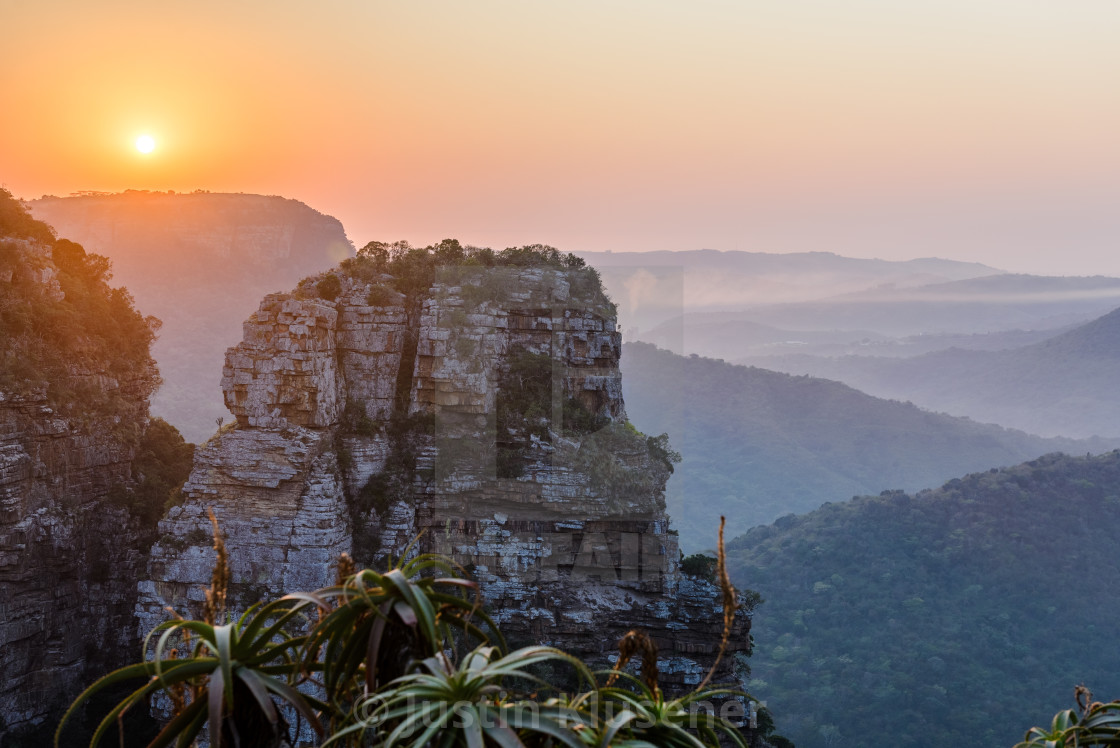 Oribi Gorge is a actually a canyon cut by the Mzimkulwana River, is the eastern gorge of two gorges that cut through flat sugarcane farmlands called the Oribi Flats. The scenery is stunning. The western gorge was formed by the Mzimkulu River.  The gorge is about 400 metres (1,300 ft) deep, and almost 5 kilometres (3.1 mi) wide at its widest.

Erosion by these rivers have carved out nearly 30 kilometres (19 mi) of spectacular kloofs and crags, covered with dense subtropical vegetation. The dense forest on the sandstone slopes is home to various small mammals and along the river banks, large leguaans burrow. The name Oribi Gorge comes from the formerly frequently sighted oribi, a small buck. Commonly seen are both vervet and samango monkeys, bushbuck, duiker and reedbuck. Leopard live here but are rarely seen. Some 250 bird species have been listed, including 5 species of kingfisher and 7 species of eagle.

The basement rocks of both gorges are over 1000 million years old. The cliffs themselves are formed by sandstones deposited by fluvial environment about 365 million years ago and limestone. Downstream is a a large surface mine producing cement from the limestone deposits. The road through Oribi Gorge was built by Italian prisoners of war.

Oribi Gorge Nature Reserve is a park located along the bottom of the Oribi Gorge at the confluence of the Mzimkulu River and Mximkulwana River. It is approximately 27 kilometres (17 mi) long, and 1 kilometre (0.62 mi) wide at its widest point. It has been a protected state forest since 1950.

The reserve is bisected by a paved road that descends right to the base of the gorge, where it crosses the river and climbs back up the other side. Beside the bridge there is a picnic and braai area  2 good walking trails start here:  Hoopoe Falls Trail is a moderate 4 hour, 7 kilometer trail that wends its way along the riverbank, culminating in a delightful well-deserved waterfall. Be aware that bilharzia can be contracted from the water. Another trail is the easy Nkonka Hike which takes just 2 hours and is 5 kilometers. A longer hike is the Mziki hike (five hours, nine kilometres).

So there are many delightful walks and self-guided trails to scenic spots in the reserve. Details of these walks may be obtained from the Camp Manager.  There are idyllic picnic spots on the banks of the river.

For the brave is a suspension bridge which hangs across the gorge at a height of  130 m and spans just over 80m. 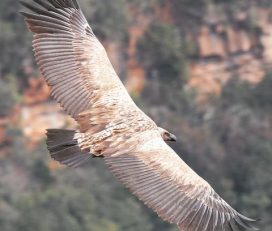 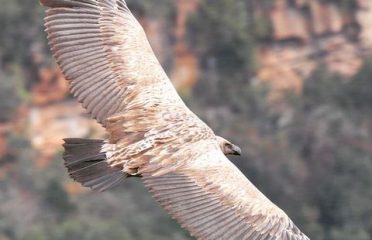 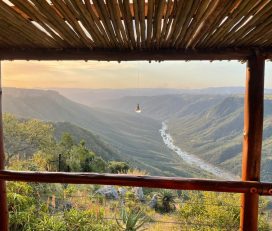 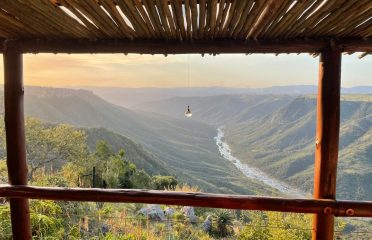 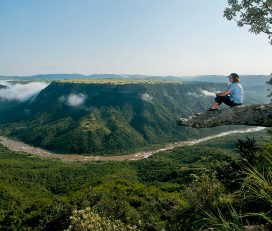 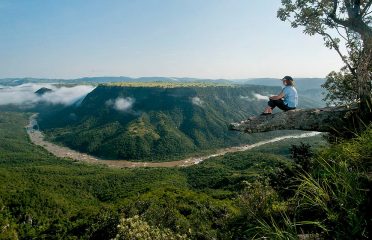