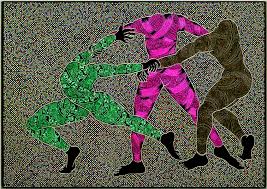 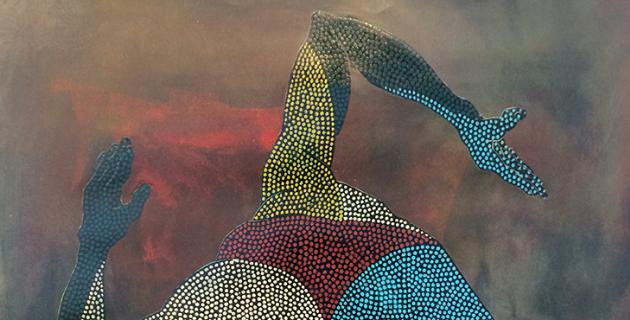 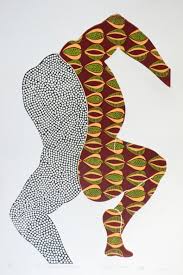 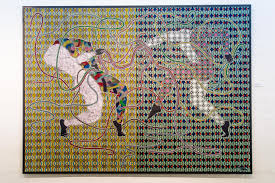 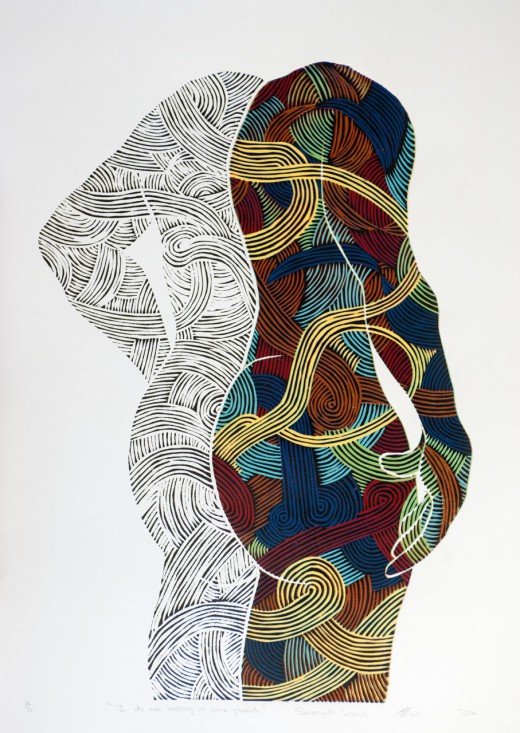 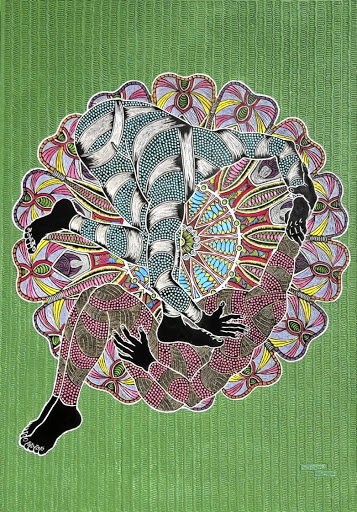 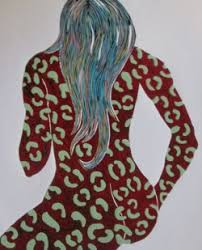 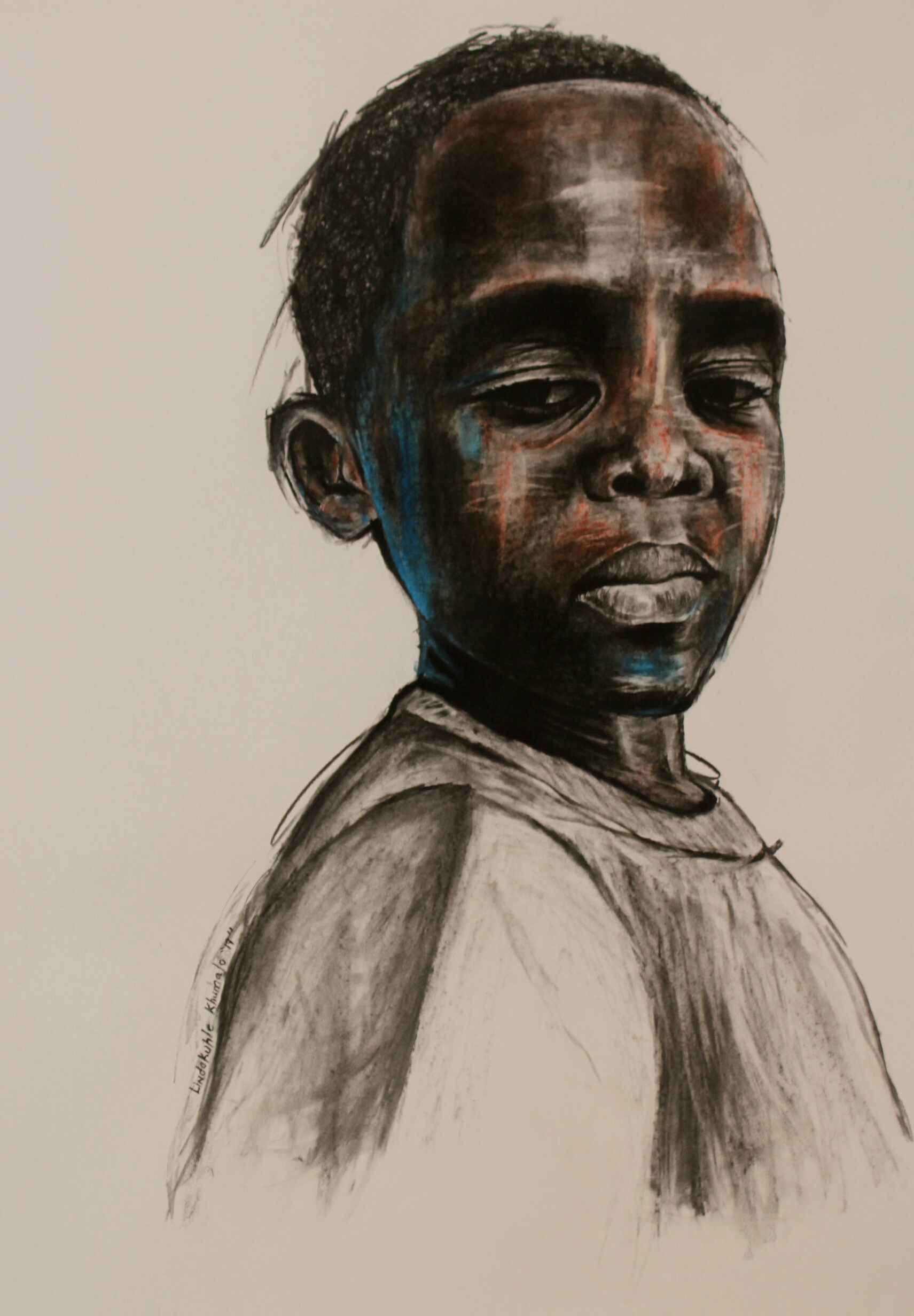 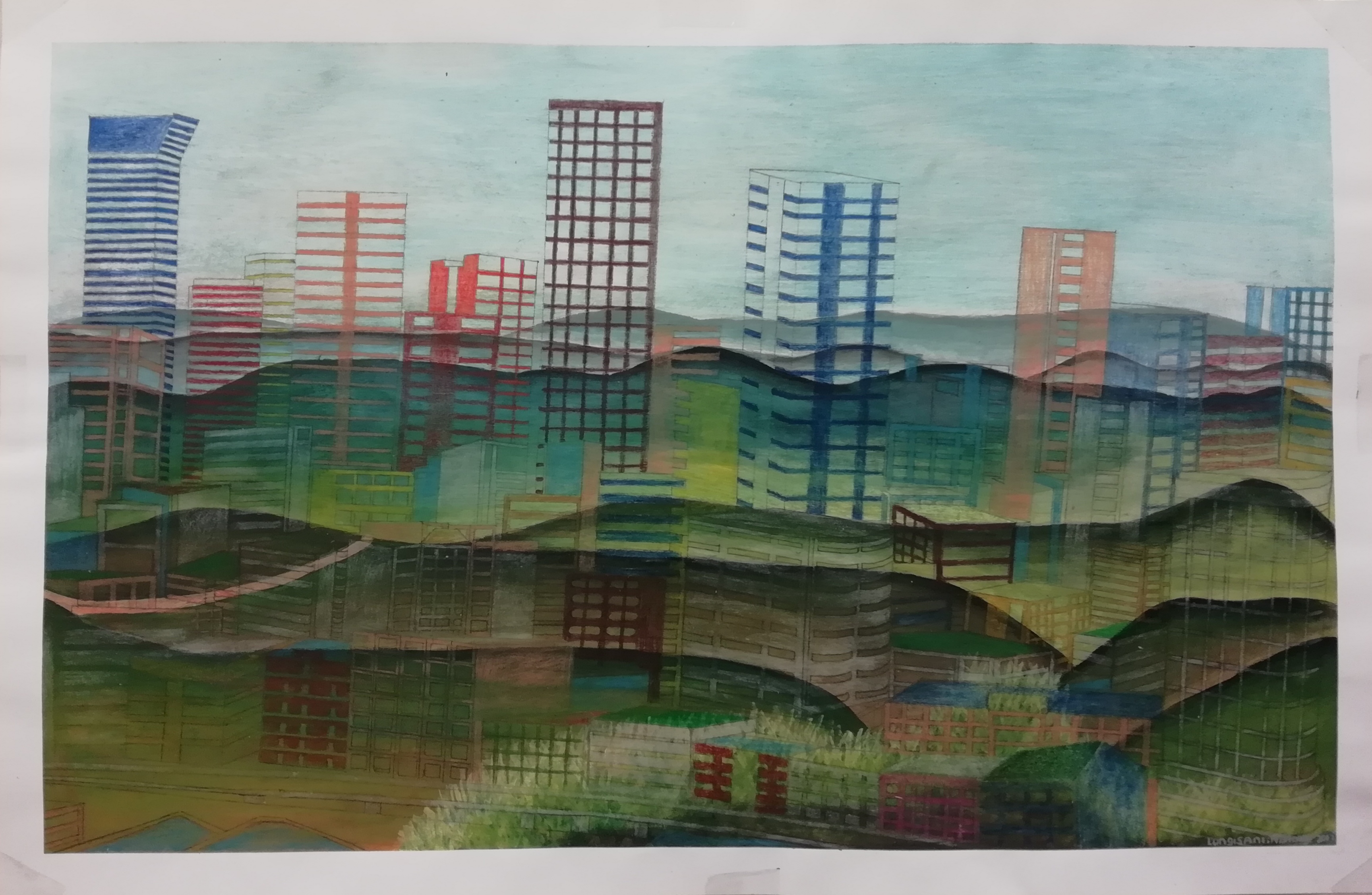 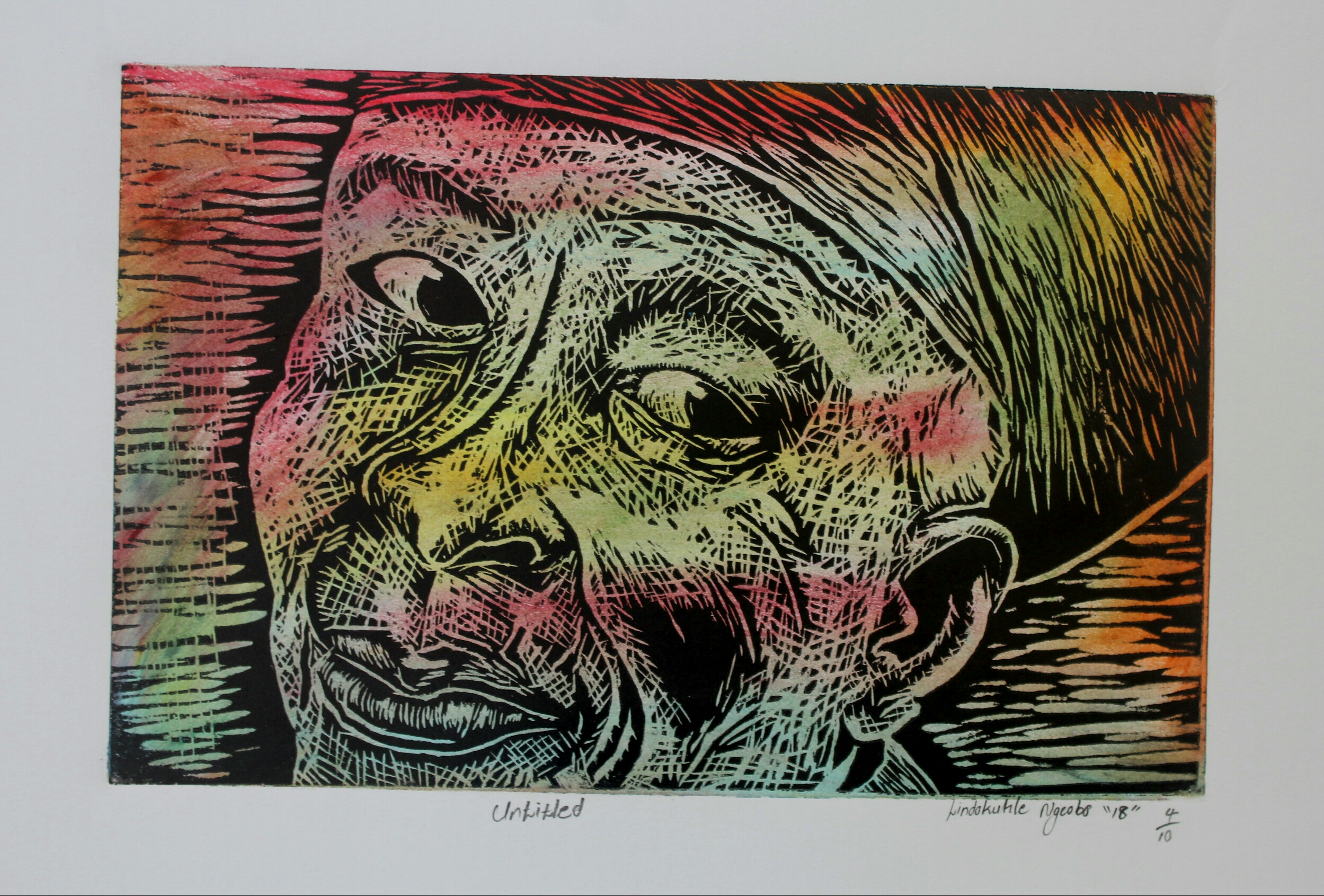 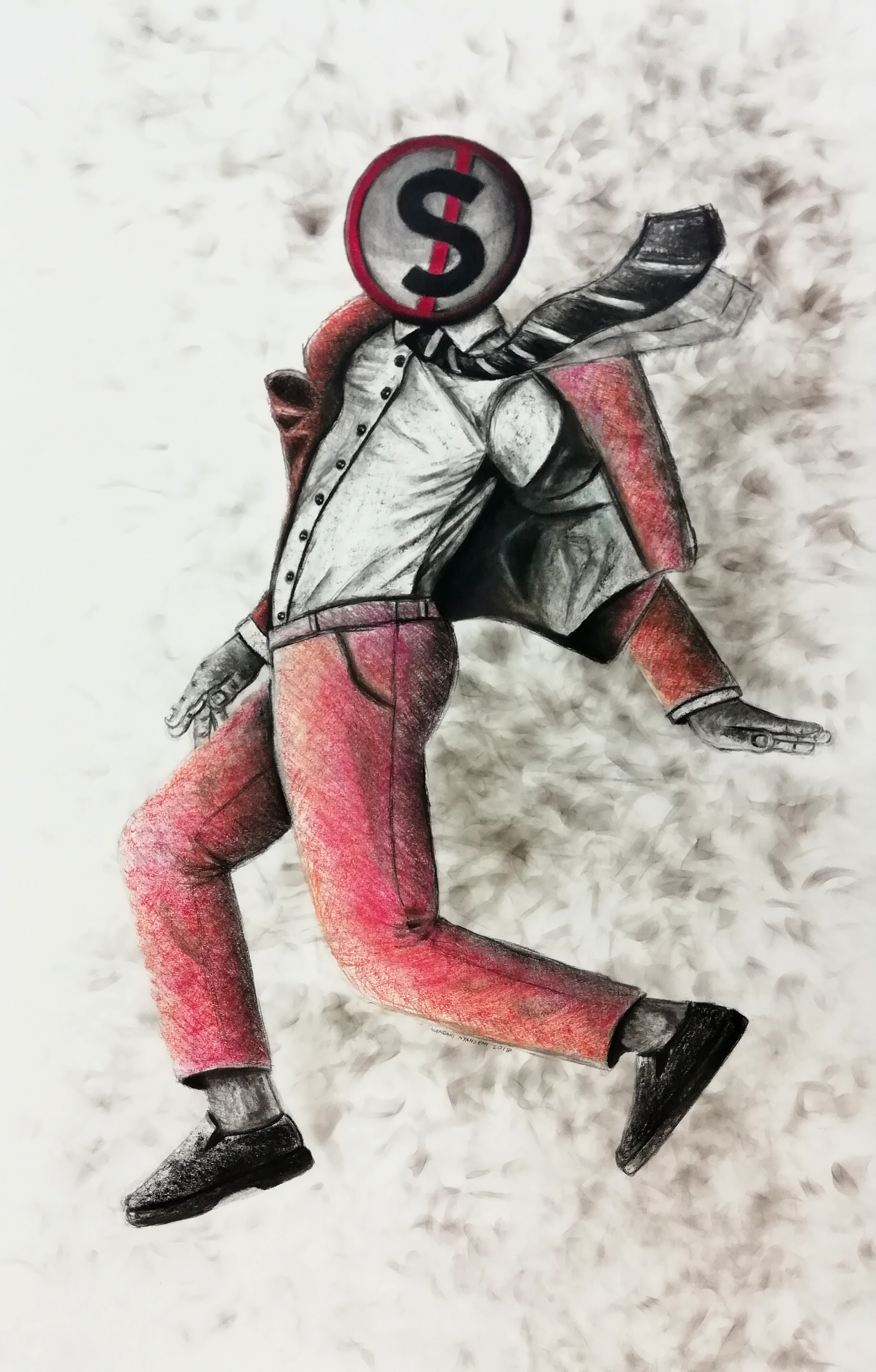 Sthenjwa Luthuli: “My art tells stories using human figure silhouettes and motifs to create work that’s both beautiful and compelling, yet which also alludes to the complexities of the world, based on how I see it.

I also relook at our diverse ways of living in a contemporary society …. Nowadays we’re less spiritually connected than our ancestors were. As I see it, we’re constantly challenged to adapt and survive; in a society that’s also constantly changing. This is influences each of us to transform. And it’s often a radical transformation, dominated by western ideologies, which have reinforced the idea that Africans need to overlook or divorce themselves, from their roots.

I employ time and repetitive mark making – through various use of mediums – to map out and trace this constant negotiation of space and place. “

Sthenjwa was born in Bothas Hill in 1991. At school he was challenged by the education system which scared him. He found peace within art and discovered that his fear was brought about by the way his family and the people within his surroundings, grew up.

He enrolled for Saturday art classes then a mentorship programme hosted by the African Art Centre at the Durban University of Technology. His art began to develop as he found his voice. His work is now internationally recognized and in numerous galleries. 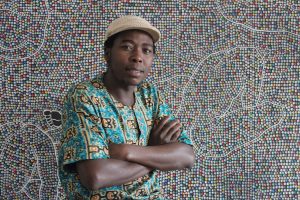 Looking back from were i came from I can't tell the future is bright, Oliewenhuis Art Museum in Bloemfontein

His studio is easily accessible and you can also see the students he mentors,  working and displaying their art.

Lindokuhle Khumalo was born in small village and raised by his Mother. He studied art at the BAT Centre after he completed matric. He went to Rorke’s Drift and studied textile printing under the mentorship by Marlin Sellmen. He also attended the Velobala  classes. 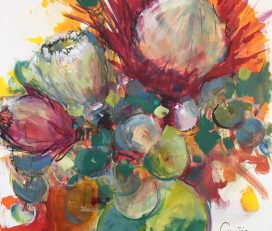 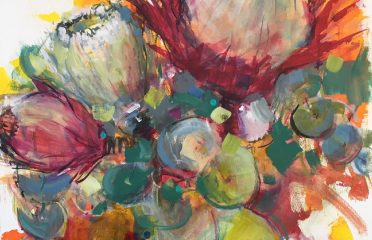 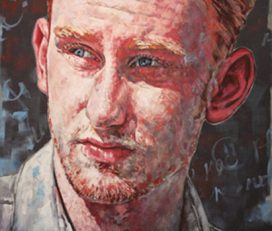 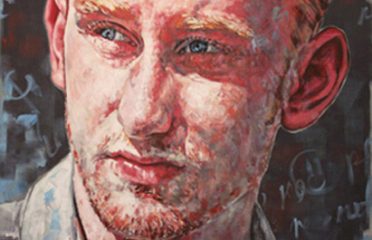 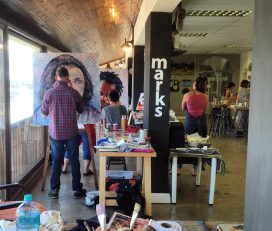