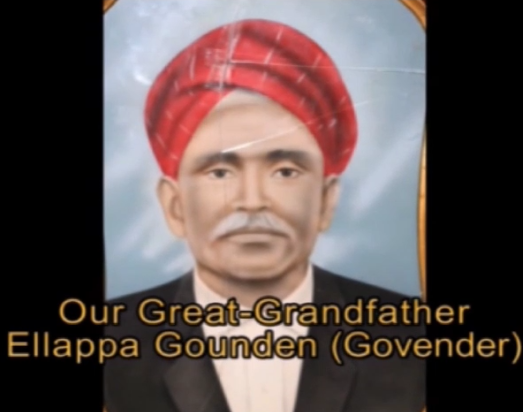 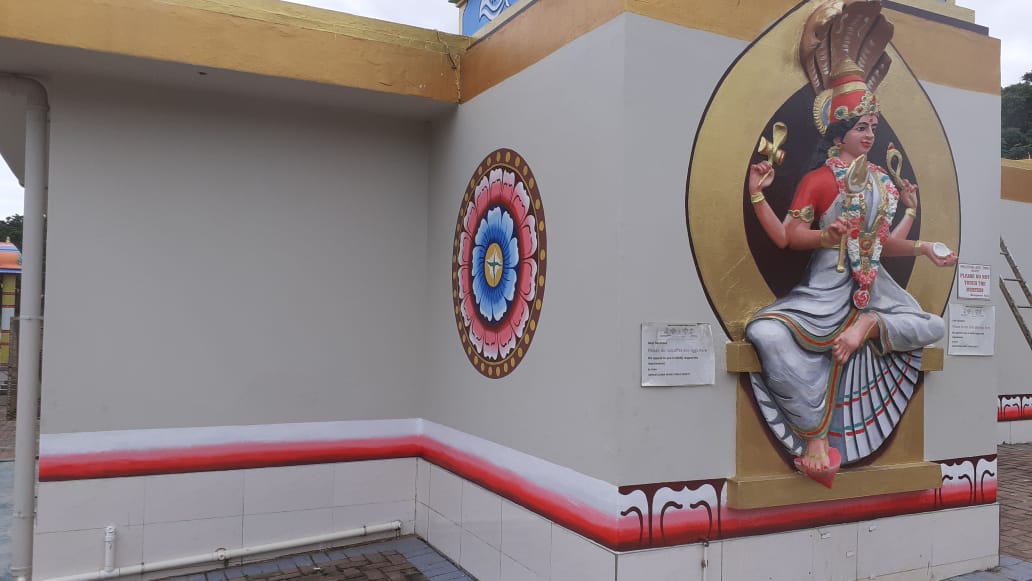 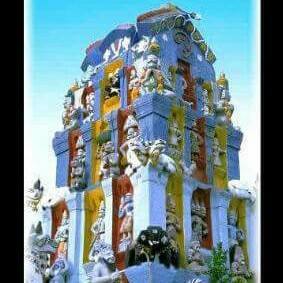 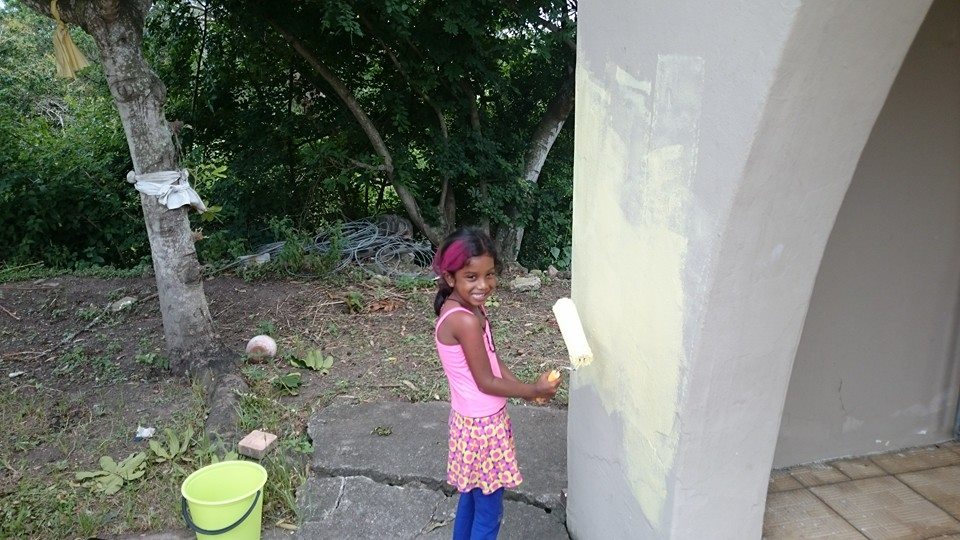 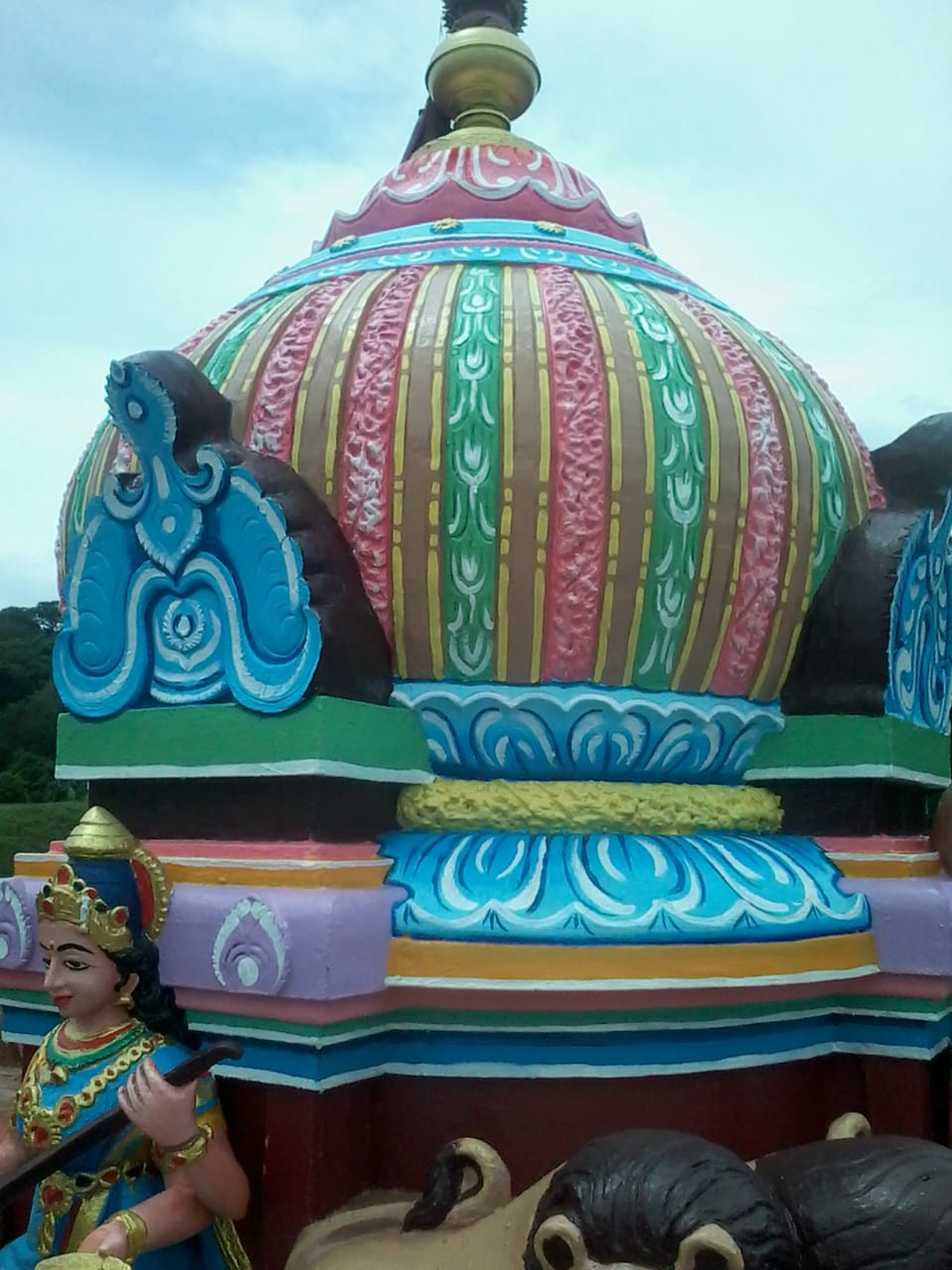 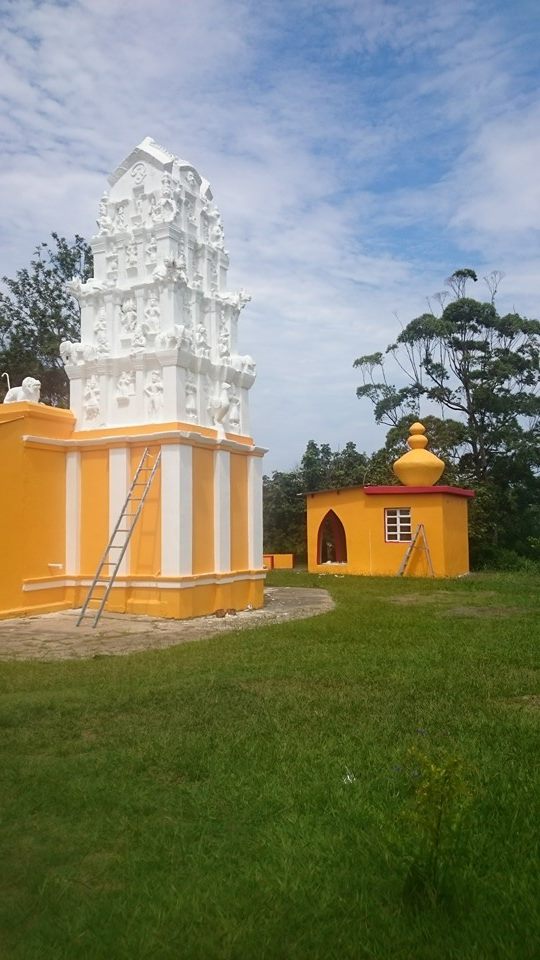 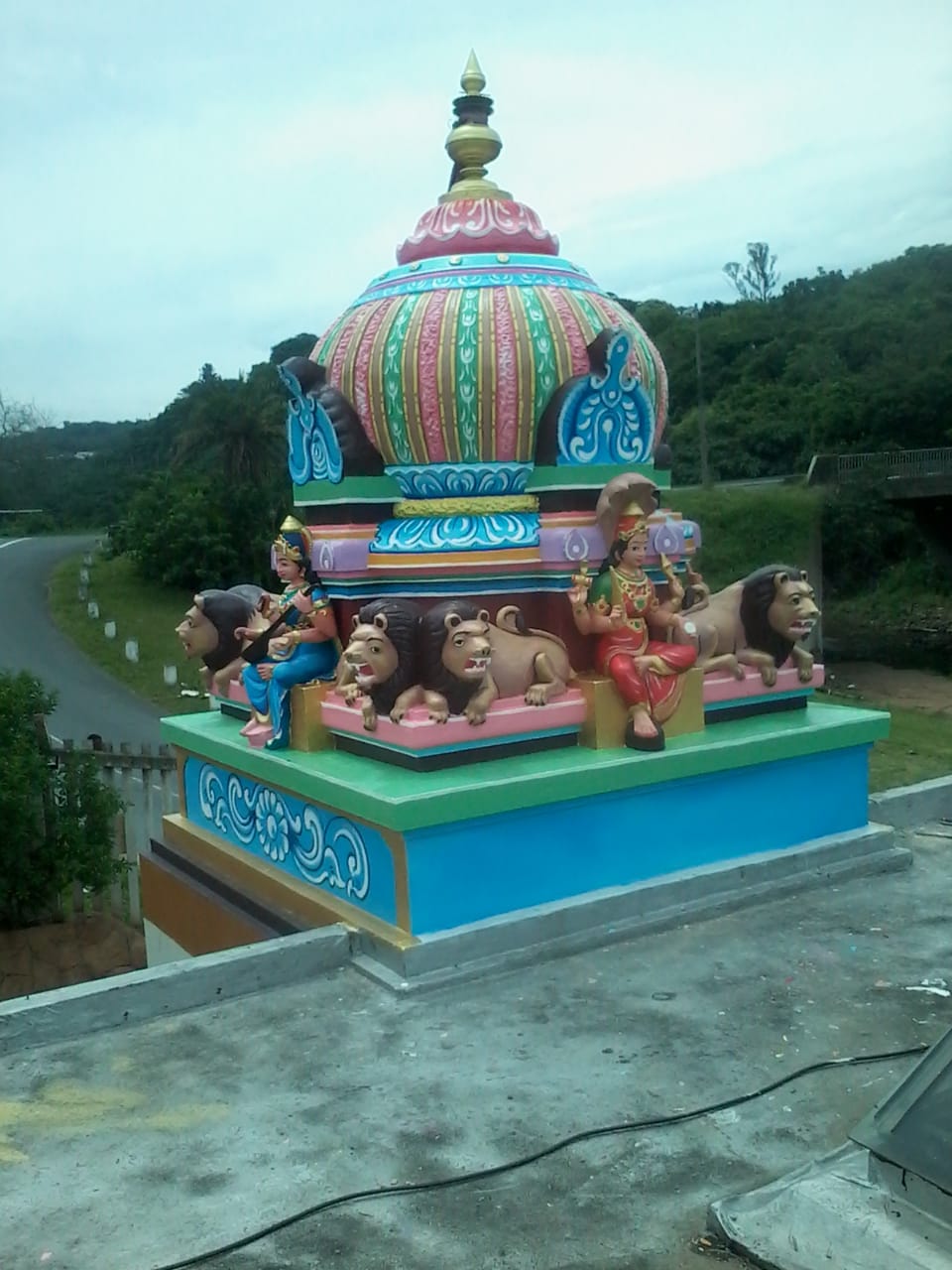 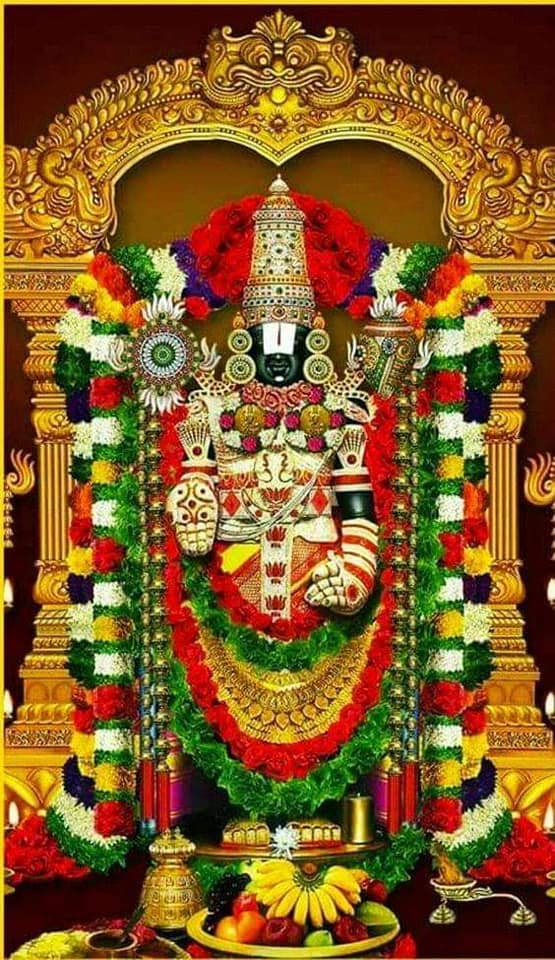 This vibrant example of community-built architecture dates to 1913 and is home to more than 150 loosely interpreted and idiosyncratically rendered sculptures of deities, all produced under the leadership of local sculptor Ellapa Govender, who also helped to design and build the temple. The sculptures were either expertly carved in semi-relief into niches of the tower, or made on the ground and then placed wherever a little ledge or corner could be found.

There was a nearby temple already but the owner defused to allow the public to use it. So the community, mainly workers at the Hulett’s Sugar Mill, decided they would build their own. A deduction from each worker’s pay package was used. The entire community contributed to making the bricks and mixing and casting the concrete, and the sense of love and devotion embedded into the site is still clearly evident today. The site is one of the finest examples of folk architecture in South Africa. When maintenance is needed, the community all help from young to old.

In 1860, indentured labourers from India were introduced to the British colony of Natal to work in the sugarcane industry. They were followed by waves of immigrants from the subcontinent, eventually forming the largest Indian community outside of India. This has left a rich legacy of Indian culture including more than 40 Hindu temples. We suggest that you visit those we have listed to gain an understanding of this wonderful and very old culture.

Hinduism was born thousands of years ago along the banks of India’s Indus River. Also known as ‘the eternal religion’, it comprises a blend of various intellectual and philosophical perspectives, rather than a common set of rigid beliefs. It is the world’s third largest religion and also the oldest living religion.The theology consists largely of interwoven layers of ideas originating from the indigenous Dravidians and subsequent Aryan invaders who came from over the Himalayas. This dual cultural origin has resulted in two distinct styles of Hindu temples, both of which are represented in this brochure. Within these two styles, a large degree of variation is evident.Due to the wide variety of Hindu traditions, tolerance towards different systems of belief and practice are notable features of Hinduism, a fact which is reflected in the diversity of temple design.

Hindu Symbols. Although there is one Absolute God in Hinduism, the theology has evolved a hierarchy of consorts and vehicles through which the supreme being communicates. These deities are in turn accompanied by a variety of symbols. Every element of a Hindu temple is symbolic. Fire is the carrier of all sacrifices. The bell represents divine awakening. The conch shell, creation. The beads, a spiritual journey. The nail shoes, penitence. The lion symbolises power. The bull, strength and tenderness, and so on. A Shiva temple is denoted by Nandi, the bull on whose back Shiva rides, while the presence of the eagle-like Garuda denotes a Vishnu Temple.                                  From Architecture, Durban 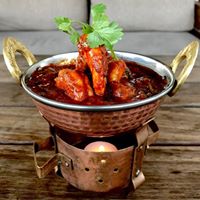 Impulse By The Sea... 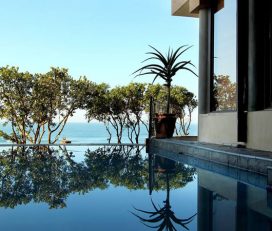 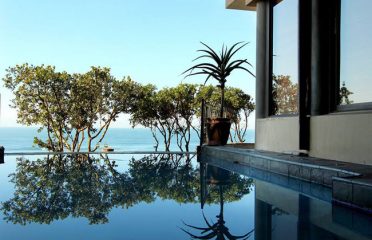 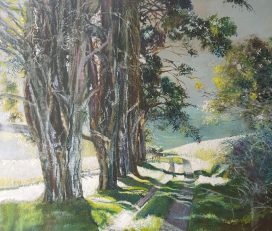 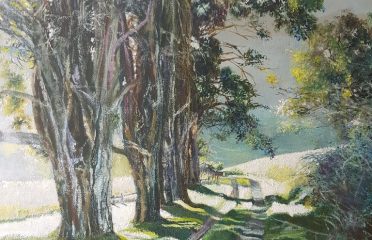