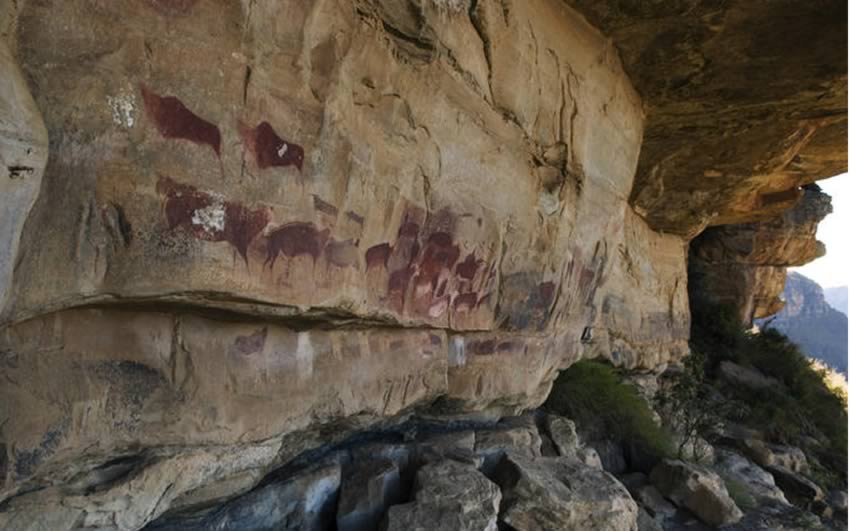 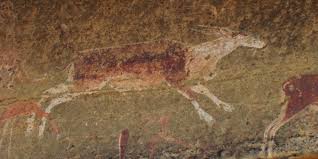 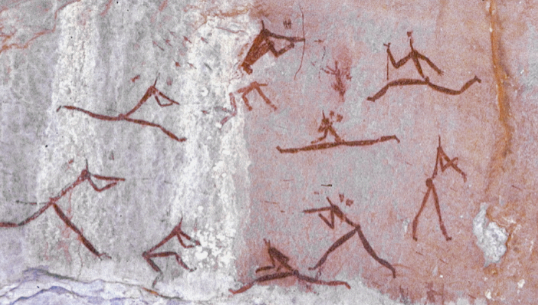 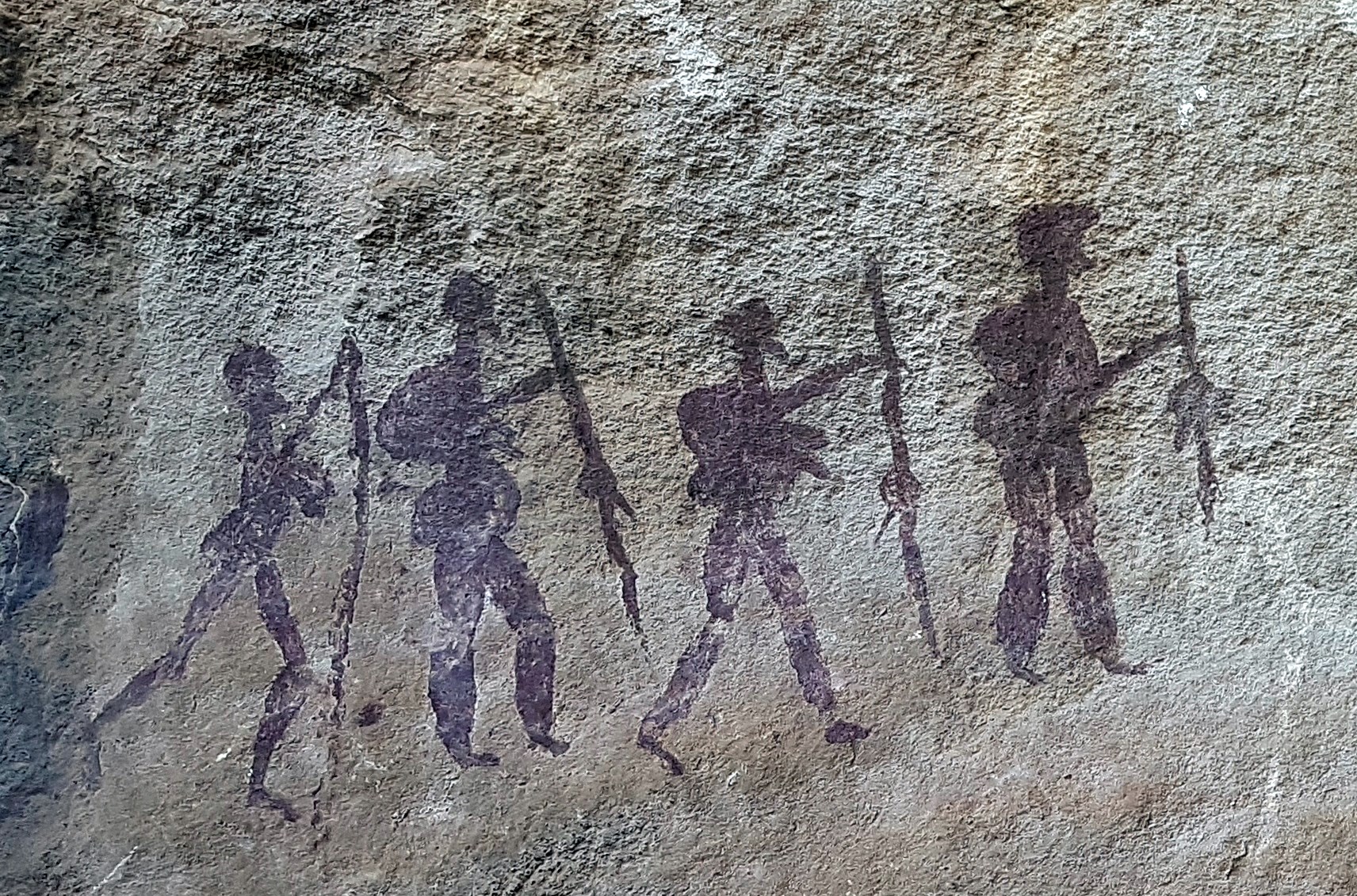 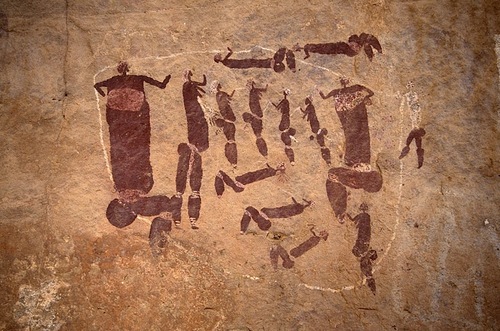 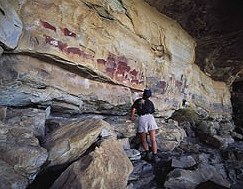 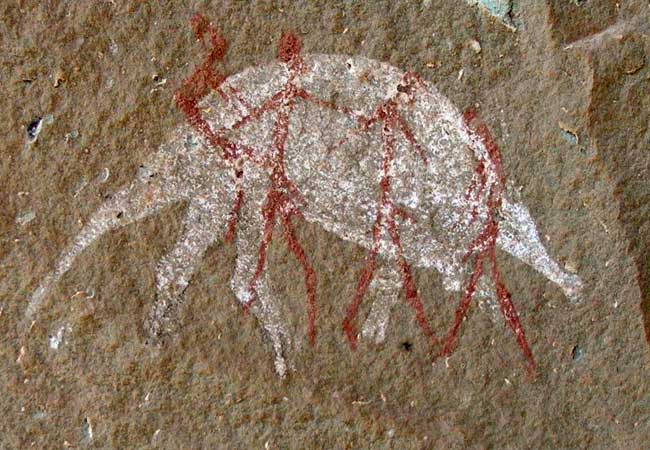 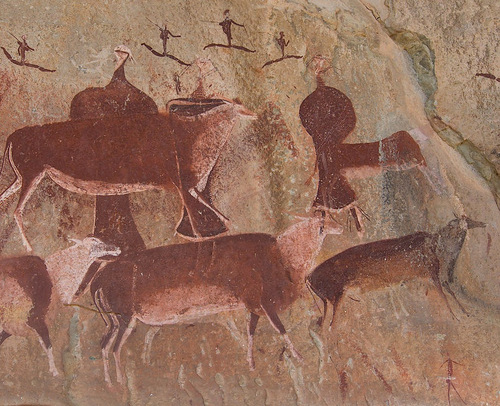 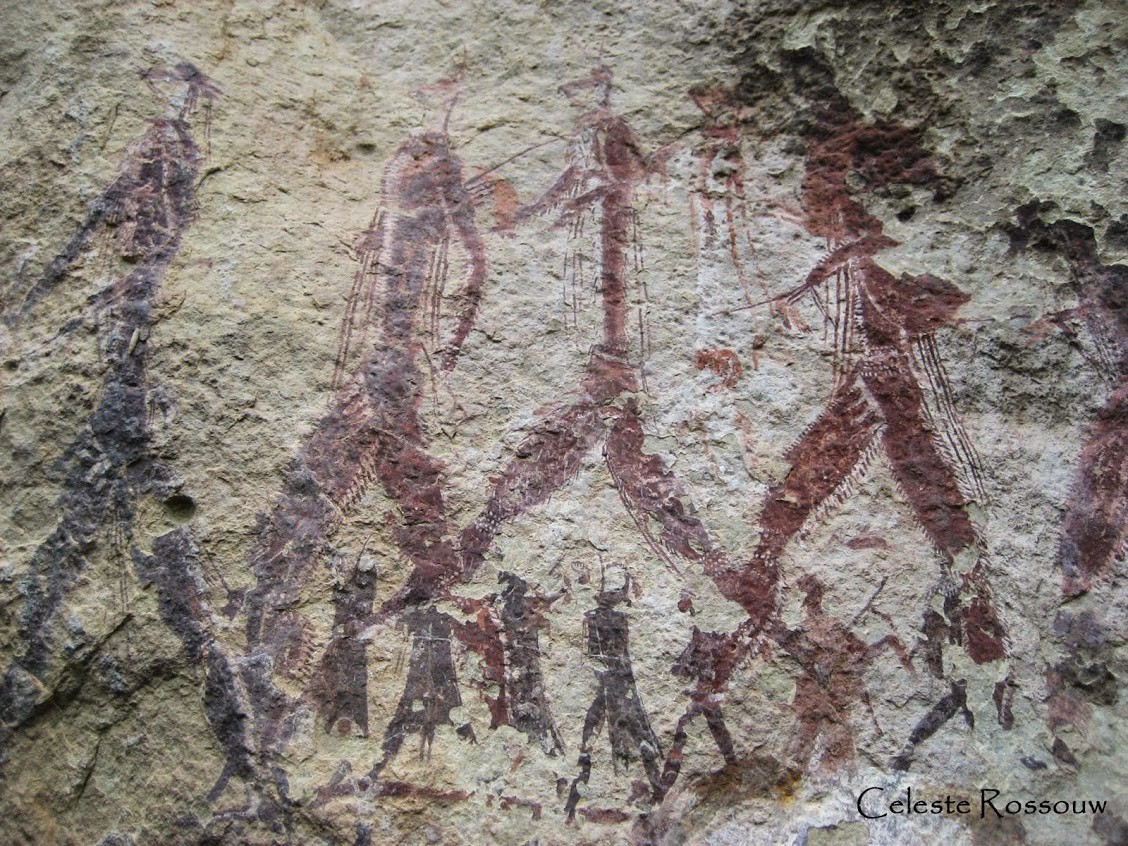 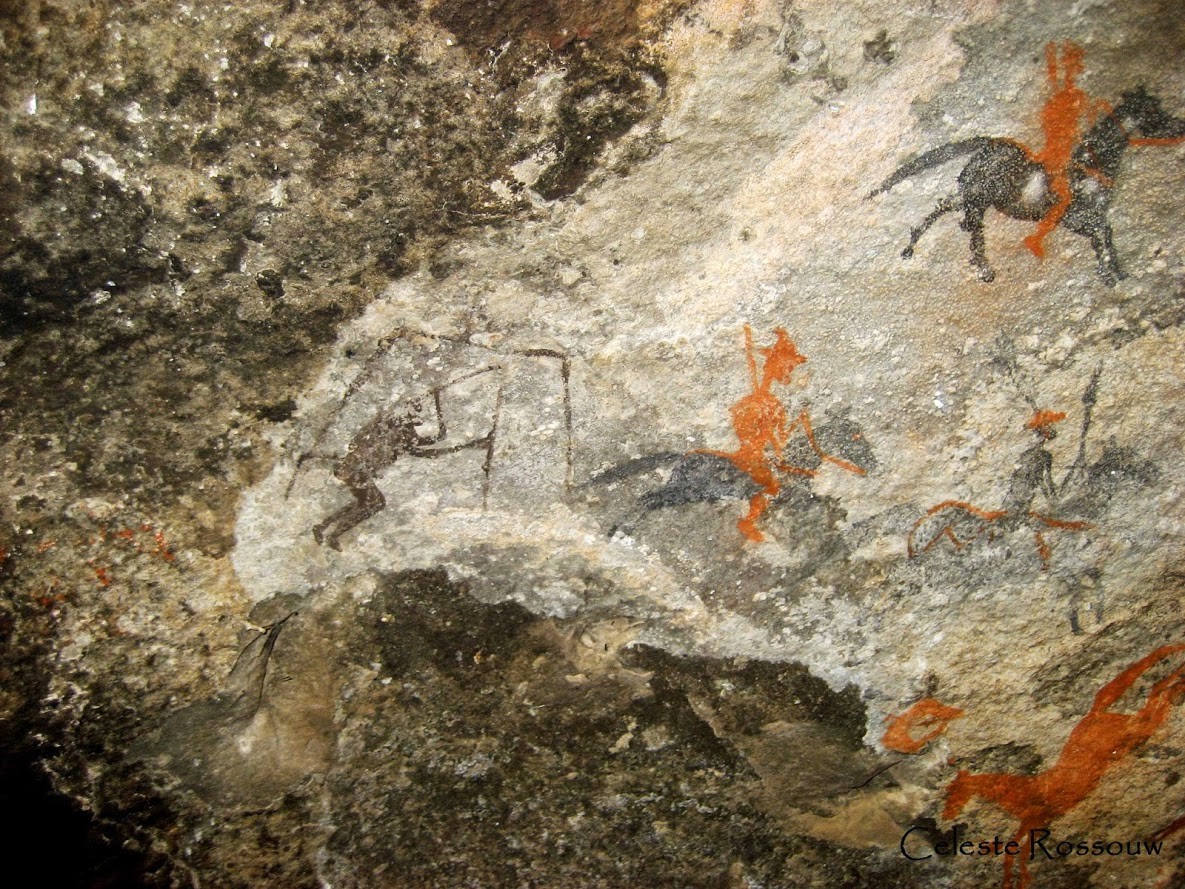 Explore our cultural heritage from the San in their Rock Art

South Africa has the finest pre-historic collection of rock art in the world with art in national parks and reserves around the country. The most important of these sites are found in the uKhahlmba  Drakensberg Park, declared a UNESCO World Heritage site because of the importance of this cultural heritage as well as being an area of natural importance. Some 20 668 individual paintings in about 500 caves and overhangs are protected between the Royal Natal National Park and Bushman’s Neck.

The Drakensberg rock paintings are distinct world wide, for their use of the shaded polychrome technique, in which human figures, eland and other animals are represented through use of more than two colours, delicately graded into each other. The minute detail contained in the paintings is also impressive. Compared to rock art in other parts of the world, the Drakensberg images are small and intricate. An eland, for example, may be represented as a 35 cm tall image with clearly indicated eyes, a mouth and ears. It will have a mane of individually painted hairs no more that 1,5 mm long and neat black cloven hooves. Animals are shown not only side-on, walking and running, but also lying down, leaping and looking back over the shoulder. Most remarkably, they are also viewed from the front and the rear. Human figures are also depicted in sophisticated positions. Advanced artistic techniques such as foreshortening have also been applied.

The erosion of sandstone cliffs created overhangs to give shelter as well as providing a wonderful surface for the paintings, away from extreme weather and holding the paint well. A few are in actual caves. The stylized art depicts battles, game, hunting, gathering honey and the bushmen with their distinctively large bottoms. The early works are 3000 years old and important newer work was sometimes painted on top. Is was an area rich in game, in particularly eland herds. Looking out from the shelters, one can see the views the San would have enjoyed. There is less game, but the wildlife and vegetation is still there.

The San were a peaceful people persecuted to near extinction by both black and white settlers. Their paintings are what remain to inform us about their lives. Settlement, possibly seasonal, that we know of, in the Berg was from 30000 years ago, before the late Middle Stone Age.

Initially it was thought that the art simply portrayed daily life. You can see men hunting and women gathering. However, much of the art was a depiction of their spiritual world. The rock surface was a veil between this spiritual and the real world. There are paintings of men partly in the rock, going in or coming out. Theirs was a shamanistic culture. It is thought that the San shamans may have used physical contact with the paintings to gain the supernatural strength to go on their spiritual journeys. Shamanism believes that there is spirit in every living thing and these spirits effect people’s lives. The shaman’s spiritual journey was to reach an altered state of consciousness in order to understand and interact with the spirits and channel these transcendental energies into this world.

Pigments used for painting are mineral in origin: red, brown and yellow pigments are made from ochres of various forms. Crushed rock with ferric oxides give red brown. Variations in the red can be from heating the pigment. Black usually comes from specularite or other manganese minerals and only very rarely from charcoal. White is from silica, china clay and gypsum. Egg white and blood, as well as melted fat or beeswax were used as binders in the paint. There must have been some preservative too, but what exactly, is unknown. Part completed art shows they began with white and layered on top of that. Elephant, lion, antbear, rhino and roan antelope are painted as well as the most common subject in the Drakensberg, eland.  They believed that where the eland were, they would experience spiritual protection.

Depending where you see paintings, you are more likely to see trance buck, part man part animal in the northern half of the Berg and rain making ceremonies in the southern half.

(More detail to be added) 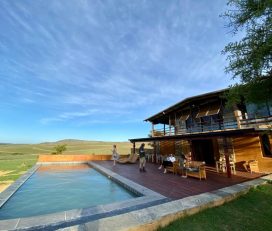 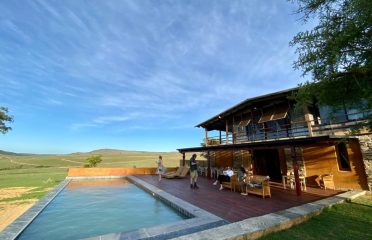 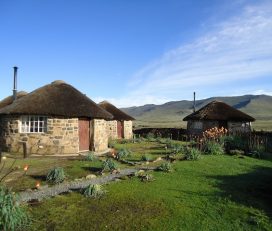 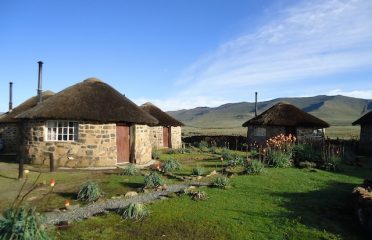 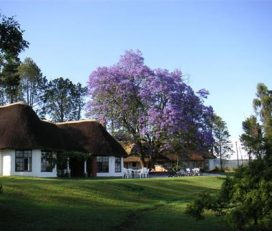 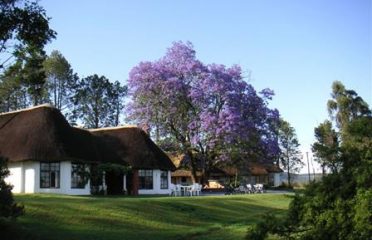